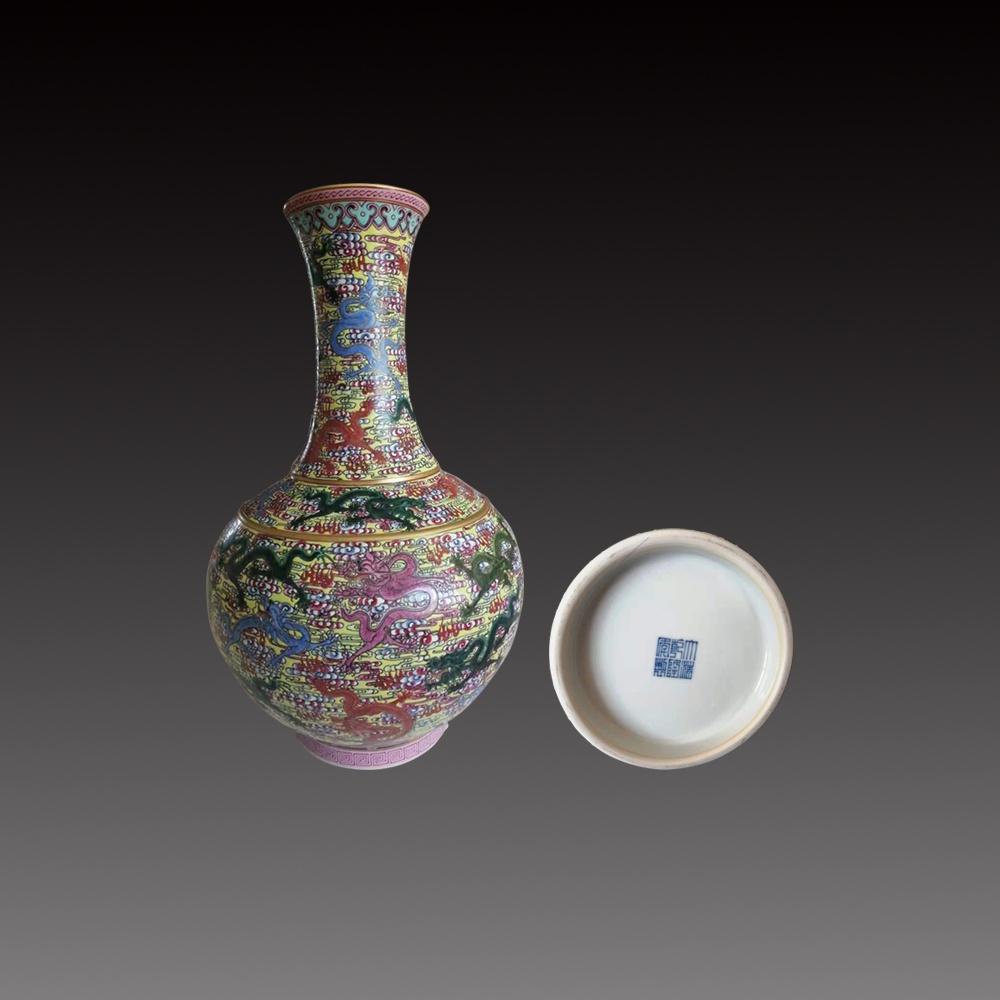 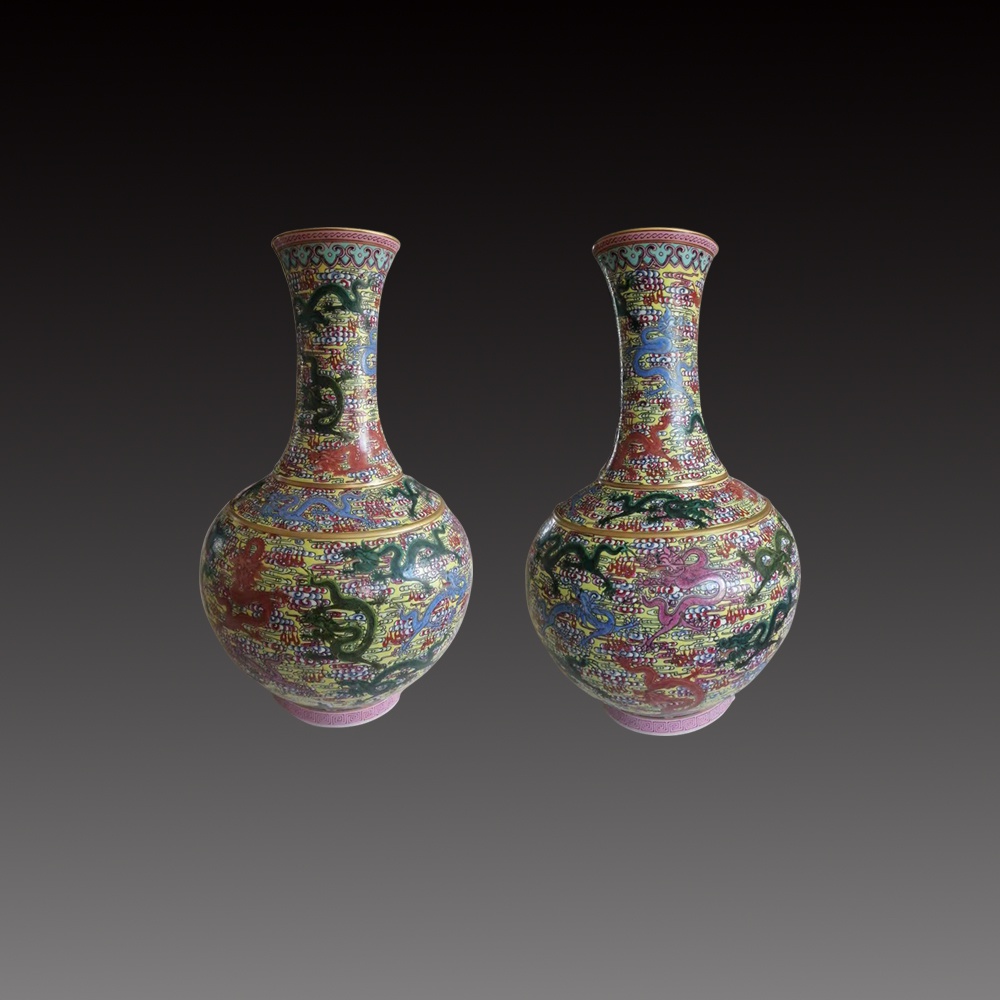 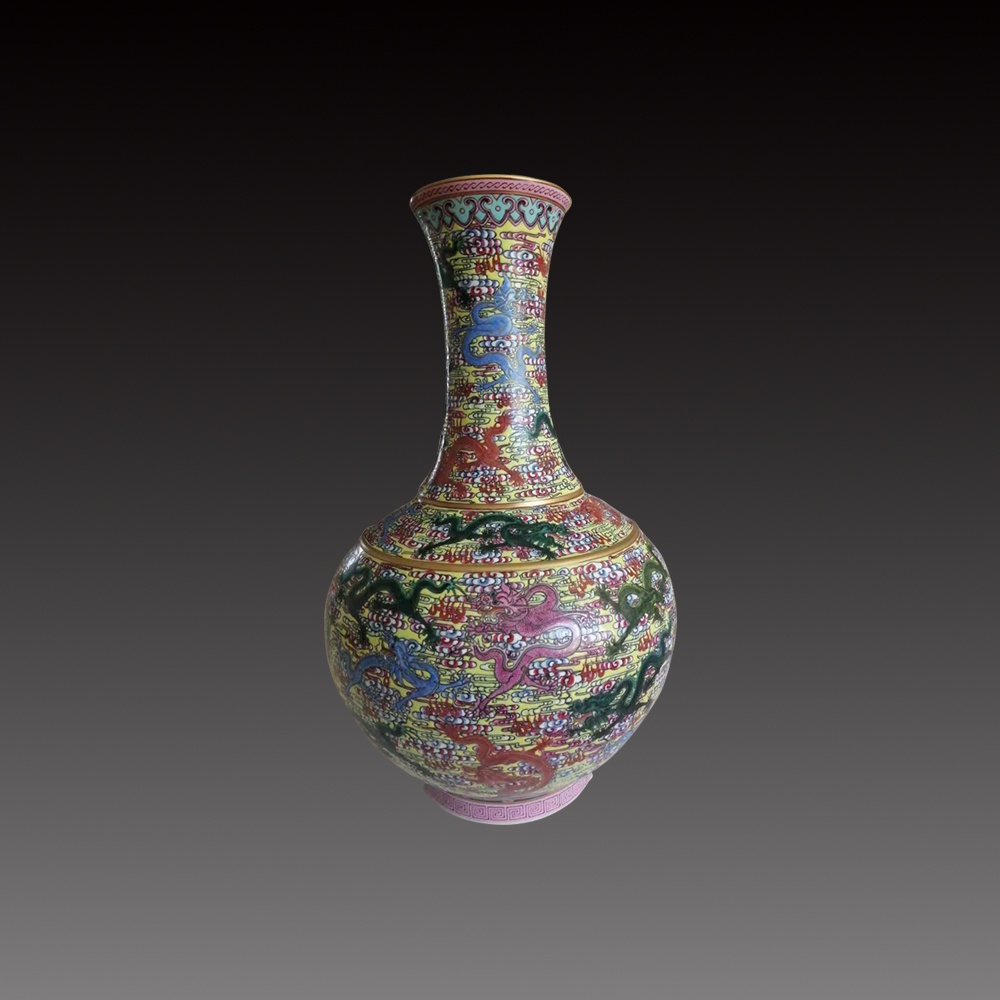 Enamel color, one of the decorative techniques of porcelain, originated from the technique of painting enamel. Porcelain decorated with enamel is often referred to as enamel. It was founded in the late Kangxi period of Qing Dynasty. In Yongzheng period, enamel was further developed. Enamel painting is a new kind of overglaze colored porcelain, also known as "enamel painting on porcelain body", which is based on the technique of painting enamel on copper body. Although the appearance of elegant enamel was related to the prosperous Kangxi period, the relationship with Yongzheng was more important. After Yongzheng ascended the throne, he reformed the society and greatly improved the social status of Jingdezhen porcelain makers. Moreover, Yongzheng was very fond of exquisite porcelain. He often evaluated the court porcelain and personally asked about it. He also sent competent officials to manage the porcelain production. In Kangxi and Yongzheng years, the best raw materials were first selected from Jingdezhen official kilns to be fired and sent to the palace. Then the palace painters added the color and baked it in the low temperature furnace for the second time.

A kind of decoration technique introduced from abroad is called "guyuexuan" by later generations and "rose color" by foreign countries. It is a kind of fine painted porcelain specially made for the imperial court of the Qing Dynasty. Some of the products are also used to reward meritorious officials. According to the records of the Qing Dynasty palace building office, it was a new type of porcelain created by the enamel craftsman of the building office who successfully transplanted the technique of painting enamel on the copper body to the porcelain body under the instruction of Emperor Kangxi. Enamel flourished in Yongzheng and Qianlong periods, and it was a kind of treasure monopolized by the court. The white porcelain body was specially made by Jingdezhen imperial kiln. After it was transported to Beijing, it was painted and burned in the Qing palace building office. The required schemata were drafted by Ruyi Hall of the manufacturing office, and determined by the emperor. Enamel colored porcelain was created and burned in the late Kangxi period, and prevailed in Yongzheng and Qianlong periods. In the late Qing Dynasty, there was still a small amount of firing, but the firing place was moved to Jingdezhen instead of the palace. In the early stage of enamel painting, the ground color was first painted at the unglazed part of the carcass, and then flowers were painted. In the Kangxi Dynasty, most of the enamel porcelains were blue, yellow, purplish red, turquoise green and so on. They used various colors of enamel to depict various flower patterns. Their colors, paintings and styles were all the same as those of copper body painting enamel ware at that time. During the Kangxi period (the introduction of Kangxi painting enamel), the enamel color was introduced to China, commonly known as foreign color. Most of the porcelain made were small utensils such as plates, bowls, cups and pots, and most of them were colored ground, that is, the ground was made of red, yellow, blue and green glaze on the plain, and then the flower patterns were painted.